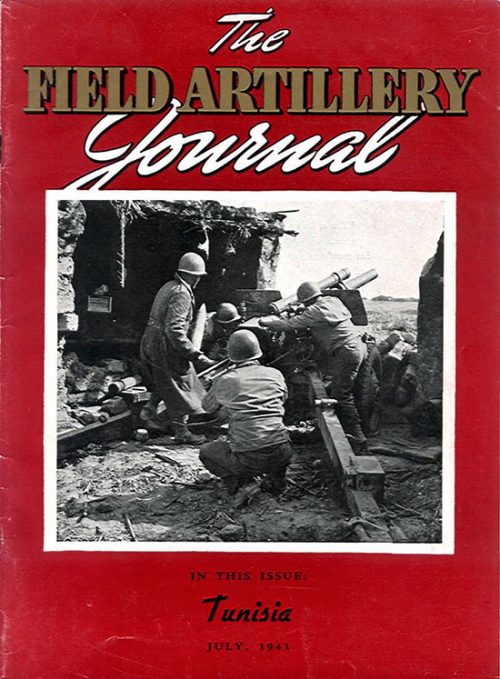 In a free-hitting slug-fest, the 124th Infantry went down to a surprise 11 to 8 defeat, against the 244th Field Artillery, Friday, June 25th at Harmony Church.

The Artillerymen, knocking out 11 hits, including home runs by Loeffler and Welch, for 26 bases during the game, tallied 5 runs in the 4th inning to jump into the lead 6 to 5 and never be headed.

Junie Belin, Gator first sacker, was the leading hitter of the day with a single, double and a triple.  Loeffler also got three hits, a round triple and two singles.

Handling the champion Academic Regiment Profs – a swift 4 – 3 clout on the chin Monday night, the fast-climbing 176th Spirits, by taking four of the last five games, have really climbed into the Infantry School league scramble for second place.

The Spirits are one game out of second and a half-game out of third and, if they continue to play the flashy ball they demonstrated against the Profs, should take their remaining two games.

Behind the beautiful pitching of Lefty Wissman the Spirits really sparkled in the field, Lohr robbing Prasse of at least a triple by a spectacular leaping catch of the ball just as it was about to hit – or sail over – the fence. Ramizotti practically covered the entire infield by himself, handling 13 chances flawlessly.

If nothing else, the Spirits showed them they would definitely be in the fight for the second-half tide along with the Profs, the Brigade and the 300th.

The 124th Gators, after having their seven-game winning streak disrupted, have had their troubles, having completed their first-half schedule solidly entrenched in fifth place.  A week ago at this time the Gators seemed on the verge of crashing into second but a slump killed their chances of rising higher than fifth.

The Brigade has two more games to play and must be favored to take both, which would clinch second place for them. 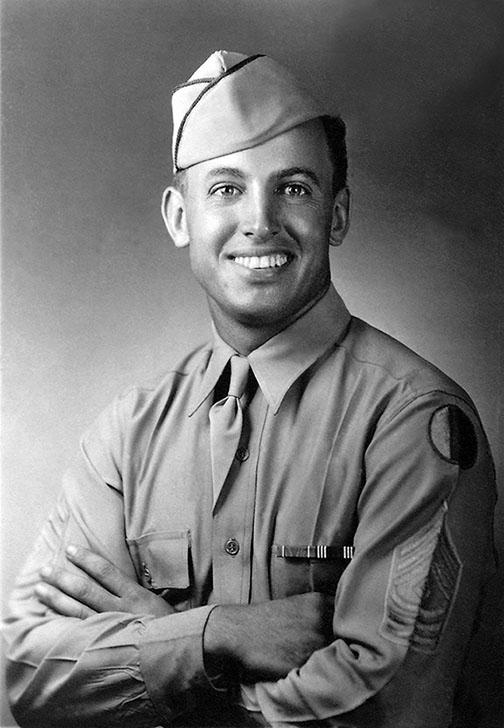 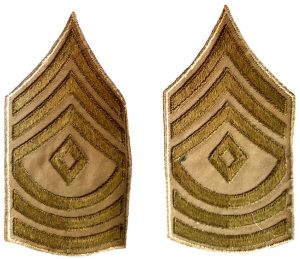 When the rampaging 176th Spirits topped the first-half post championship Prof team Tuesday they gained first place, but the first week and a half of Infantry School league baseball clearly shows the race for second-half crown in going to be a dog fight among the 176th, and the Academic Regiment, the 6th Training Regiment and the 124th, with the 764th Tanks ready to knock over any team that lets up for a moment.

Perched on top are the Spirit with four wins tow their record, while the Profs won their first game played, a 16 to 4 slaughter of the 244th Field Artillery; then lost to the 176th.

The Gator bounced back from their opening defeat to hand the 6th Training Regiment Eagles an 8 to 3 trouncing, the worst licking the Eagles have taken all season.  Ewell Blackwell made his pitching debut for the Gators and proved that with him and Christie, the 124th will have about the toughest mound corps in the league.

On Sunday the scrappy Gators took over the Rivles, 5 – 4, coming from behind to do it.  Lew Christie pitched five-hit ball and drove in the winning run himself with a slashing ninth inning single.  The Gators have the pitching, a brilliant catcher in Stocker and a sensational center fielder in Smith.  But the infield portion of the center line from catcher to center field is where the Gators need strengthening.  Give the 124th a sound keystone combination and there’d be no stopping the team.

The Eagles looked fair in losing to the Gators and had in beating the 300th.  They had to overcome a six-run handicap to take the Triplets with Francis’ wildness and Cave’s poor relief hurling contributing more to the Eagles victory than anything the Eagles did.  However, the Eagles are tough, and it was just lucky for them that they were able to get a bad game out of their system and still win.

The 300th has looked bad in both its games.  But the Triplets looked just as bad in the opening of the first-half schedule and then turned around and almost set the league on fire.  There is still a chance that Lefty Francis can whip his boys into the fight.  If Lofty can get himself into last year’s form he is capable of pushing his team into first place himself.

In the Eagle game Francis allowed only two hits but handed out 10 walks.  Last season when the southpaw gave up two walks in one game he was off form.  In Sunday’s game, he showed flashes of his old brilliance, and if he really gets himself into condition the Triplets will yet provide a headache to the league leaders.

Tonight, the Profs will play their postponed game with the Tanks, the contest getting under way at 830 at the second game of a Gowdy Field double-header.

3rd STR vs. Academic Regiment at Gowdy Field and the 244th vs. 176th at Harmony Church 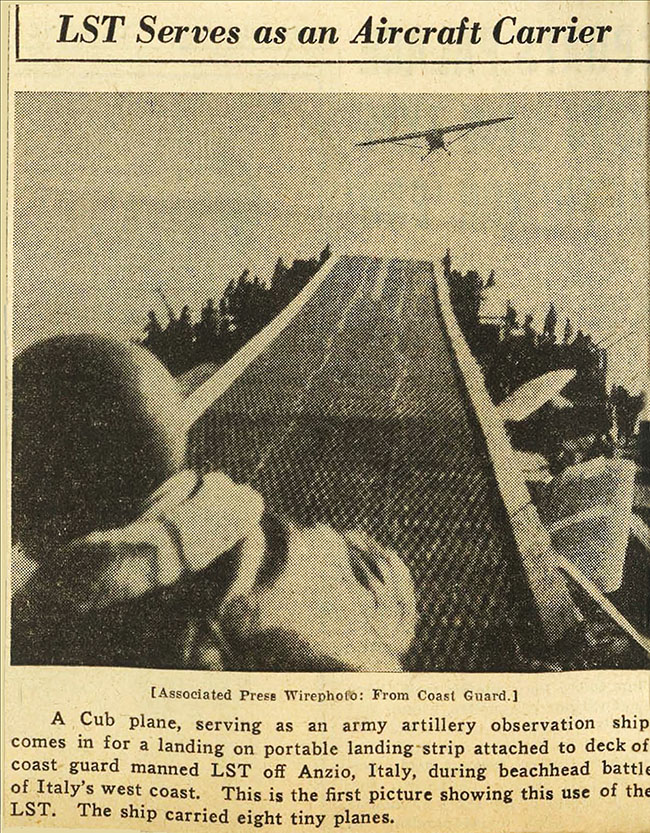 Spirits, Gators Deadlocked For Lead With Eagles Right Behind

It’s still a bit to early to pick a winner in this second-half of the Infantry School league race, but right now it looks as if the Academic Regiment Profs will be unhappily watching the 124th Gators, 176th Spirits and 6th Training Regiment Eagles fight it out for the crown.

The Profs seem to have lost much of their old zest, apparently trying to squeeze through with their first-half press clippings.  On the other hand, the Gators, Spirits and Eagles have the pennant glint in their eyes and battling furiously all the way.

One fact stands out in bold relief: it’s a mighty tough league, much better balanced than it was in the first half.  There isn’t a so-called underdog in the Loop that isn’t capable of staging an uprising against one of the leaders.

From this observation post we expect the Artillery Group to furnish some of the biggest headaches.  While the Howitzers have still to win one, the team has been strengthened in several spots and has been looking better in every game.  In Hoffman, the Artillerymen have a hurler who is going to cause a lot of batting averages to shrink.

Highlights of last week were the games between the Triplets and Spirits and the Gators and Profs.  With George Cave pitching airtight, four-hit ball, the 300th managed to squeeze through for a 3 – 2 triumph over the Spirits in spite of seven Triplet errors.  It was the first loss for the Spirits while for the Triplets it is beginning to look like a duplication of their first half adventures when they also dropped the first two games then ran up an eight-game winning streak.  Tonight’s clash with the 124th and Sunday’s game against the Profs will reveal the 300th’s chances of making history repeat itself.

On Monday the 124th Gators lost no time in capitalizing upon the Spirits loss.  Packed by Ewell Blackwell’s brilliant hurling, the Gators slapped down the vaunted Profs, 6 – 5, to climb into a first-place tie with the Spirits.  As ball games go, it was rather a sloppy one, each infield kicking in with four errors.  The game was a renewal of the oldest rivalry on the post and both teams seemed tightened up.  The Gators, particularly, were fighting all the way and their errors were caused mostly by over-eagerness.

In the other important game of last week, burly Jim Pendergast completely smothered the opposition as the 6th Training Regiment took a 3 – 0 contest from the 3rd STR Rifles.  Red Kemether led the Eagles attack, knocking in two runs with two hits, while George Simmons smacked in the other score.

Schedule for this week:

Academic Regiment vs. 300th at 7, Sunday, at Gowdy Field